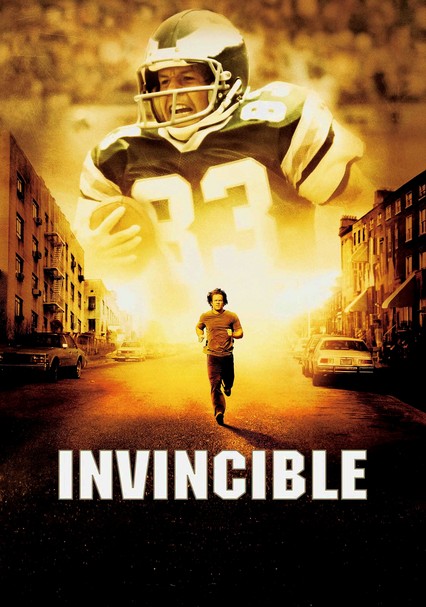 2006 PG 1h 44m Blu-ray / DVD
Devoted Philadelphia Eagles fan Vince Papale has just lost his wife and his job as a substitute teacher. But by impressing his favorite NFL team's coach in open tryouts and winning a place on the field, he turns a terrible year into a winner.

Parents need to know that this movie includes gritty scenes of South Philly in the 1970s, when jobs were scarce, strikes were rampant, and times were desperate. There are also references to the death of Frank's wife. There's some mild profanity, smoking, drinking, and sports violence.

Mild romance and one passionate kiss between a couple.

Football and sports violence -- you can almost hear bones breaking! Scuffles break out among the fans during a game. Furniture is thrown in one scene, causing damage to a house.

Some profanities from teammates and bar buddies.

People hang around bars and gripe about their lives. A bar pal is jealous and worries about losing Vince to fame. Vince's wife dumps him and takes all their stuff. Team members get chewed out at various times, and they resent Vince's positive attitude. But overall, this is an inspiring movie about working hard and not giving up.

Lots of drinking and smoking. Characters are shown drunk; one urinates outside a bar.