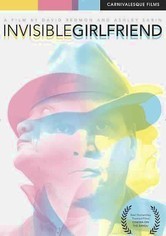 2009 NR 1h 14m DVD
Convinced he's in communication with his "invisible girlfriend" Joan of Arc, middle-aged Charles Fihoil decides to ride his bicycle 400 miles through the Louisiana countryside to connect with her in New Orleans in this engaging indie documentary. Filmmakers David Redmon and Ashley Sabin follow the sweet but occasionally disconcerting Charles on this unlikely mission as he meets a variety of eccentric characters along the way.