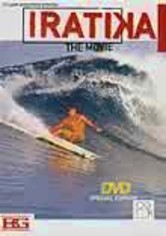 2001 NR 0h 36m DVD
Top-shelf surfers Bruce Irons, Chris Ward, Mick Fanning, Kelly Slater, Pat O'Connell and many other radical riders bolt through huge tubes and shred up exotic waves in this film from Bill Ballard. Shot on location in Indonesia, Australia, Tahiti and Portugal, the film captures surfers taking on the demon locale dubbed "VD Land," as well as footage from the Box and Bells Beach. The soundtrack features Unloco Insolence and many others.