Iron Maiden: Death on the Road 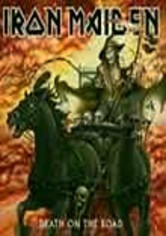 Iron Maiden: Death on the Road

2003 NR 1h 30m DVD
Filmed in 2003 at the Westfalenhalle Arena in Dortmund, Germany, during Iron Maiden's "Dance of Death" European Tour, this memorable live concert includes the songs "Wildest Dreams," "Wrathchild," "Can I Play with Madness," "Trooper," "Rainmaker," "'Brave New World" and "Lord of the Flies." Bonus features include a documentary directed by Matthew Amos, capturing behind-the-scenes preparation for the album and subsequent road show.