Is It Really So Strange? 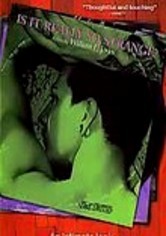 Is It Really So Strange?

2004 NR 1h 20m DVD
This intriguing documentary looks at the growing contingent of East L.A. Latino youths who've become devotees of alternative-rock icon Steven Morrissey. A gifted singer-songwriter whose lyrics can bring grown men to tears, Morrissey acquired a cult following during his 1980s stint with the Smiths and later with his solo career. Included are interviews with his rabid new fans and with members of the tribute band Sweet and Tender Hooligans.