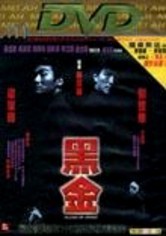 1997 NR 2h 10m DVD
A mob boss named Chao (Tony Leung Kar-Fai) is a candidate for government office, thanks to some help from a corrupt higher-up. But when an honest cop (Andy Lau Tak-Wah) exposes Chao's ties to illegal contracts, the mob boss decides to run as an independent candidate and take revenge on the investigators. Inspired by actual events, the film provides a relatively restrained look at a subject Hong Kong films rarely tackle: political corruption.