It Happened to Jane 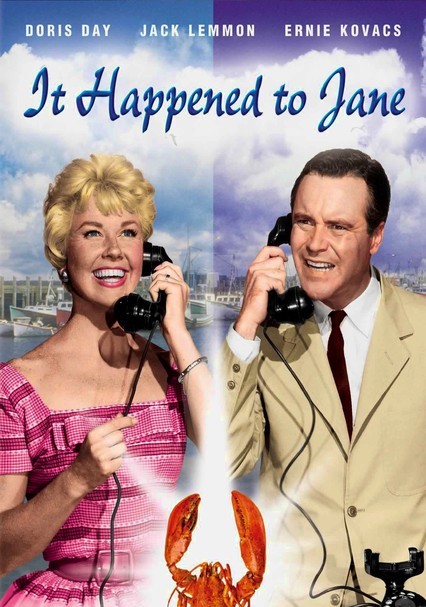 It Happened to Jane

1959 NR 1h 37m DVD
Single mother and fishmonger Jane Osgood (Doris Day) may be in over her head when she receives a large order from the Marshall Town Country Club for lobsters. Unfortunately, she fails to deliver, as the supply arrives ruined because of a train delay. To compensate for her business loss, Jane enlists her admirer, George Denham (Jack Lemmon), to sue the railway's owner (Ernie Kovacs) in a fight that winds up longer than the train route itself.