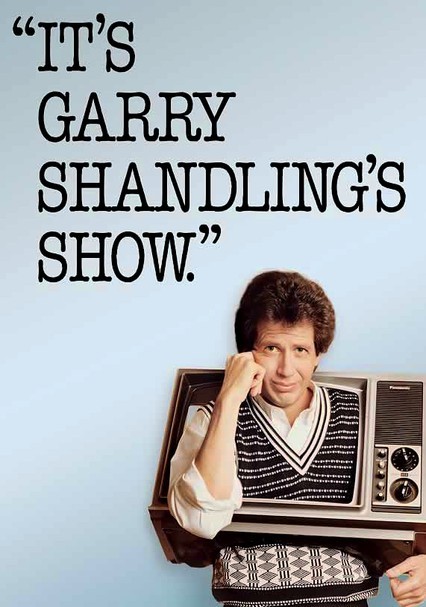 1986 NR 4 seasons
Neurotic comedian Garry Shandling plays a version of himself in this Emmy-nominated series that premiered in 1986. The show shattered sitcom conventions by breaking the fourth wall, with Shandling frequently addressing his studio audience as well as viewers at home. Memorable guest stars include Tom Petty, Rob Reiner, Red Buttons, Jeff Goldblum, Chevy Chase and Gilda Radner (in her final television appearance).

Stand-up comic Garry Shandling plays sitcom actor Garry Shandling in this offbeat series about life behind the scenes of a TV show, with Shandling creating an atmosphere of unpredictable hilarity by tweaking convention and interacting with viewers. In the first season, Garry's ex wants to be "friends," his mother has an unexpected reaction to a surprise party, and guest Red Buttons is a hit as Garry's temporary replacement.

Comedian Garry Shandling and the rest of the wacky cast return for another round of off-the-wall, unpredictable fun in this Emmy-nominated, unconventional series about life on a television sitcom. The sophomore season finds Garry meeting a girl on a dating show, guest star Tom Petty appearing on a Christmas special that goes awry and an audience member croaking during a performance. Other guests include Jennifer Tilly and Gilda Radner.

In the third season of this quirky series about the cast of a TV sitcom, star Garry Shandling delivers presidential election returns on the air, Los Angeles Mayor Tom Bradley appears on the show and a Ping-Pong tournament dredges up bad memories. As usual, Shandling's unpredictable antics break with tradition, resulting in much hilarity. The slate of guest stars includes Steve Allen, Tony Orlando, Dabney Coleman and Sheena Easton.