It's Always Sunny in Philadelphia: Seasons 1 & 2 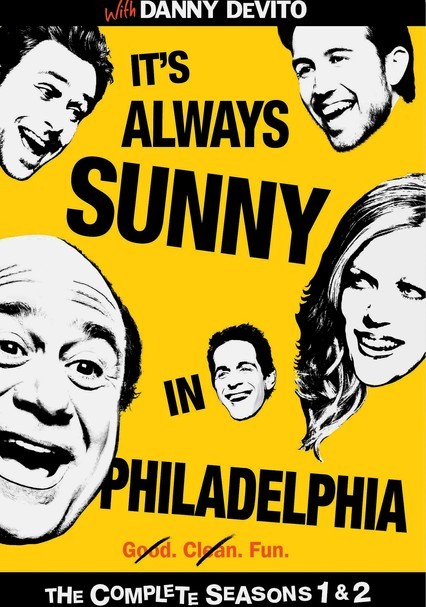 It's Always Sunny in Philadelphia: Seasons 1 & 2

2005 NR 3 discs
At Philadelphia-based Paddy's Pub, Charlie (Charlie Day) and Mac (Rob McElhenney) battle rumors about racism, Mac and Dennis (Glenn Howerton) feign being against abortion so they can pick up women, Dee (Kaitlin Olson) dates a possible robber and more in Seasons 1 and 2 of this hilarious television series. Meanwhile, a sudden appearance by Dee's father (Danny DeVito) causes a car accident, and Dennis considers running for local comptroller.

Parents need to know that the central characters are immature and get into predicaments ranging from the goofy (pretending to be wheelchair-bound to attract sympathetic members of the opposite sex) to the illegal (drunk driving). The language is strong, and some of the show's situations and innuendoes are too much for younger viewers.

Sexual innuendo, simulated hooking up, scenes with strippers, trolling bars for the opposite sex.

The main characters get into fights and, in at least one episode, drink and drive -- which results in a minor crash.

While the show parodies current moral topics such as lying, greed, and binge drinking, it does so in a way that could easily be misconstrued by younger audiences. On the face of it, these characters will do anything that benefits them (for example, pretending to be handicapped to score dates).

Lots of social drinking, often to the point of excess.