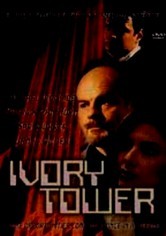 1998 NR 1h 47m DVD
An ambitious young marketing executive finds himself in a potentially career-ending fight with his destructive new boss in this Silicon Valley drama. Anthony (Patrick Van Horn) is thrilled when he's assigned to launch a new computer product that could put his company on the corporate map. But the arrival of his new boss (Michael Ironside) threatens to kill the project -- and Anthony's career. Kari Wuhrer co-stars as Anthony's girlfriend.