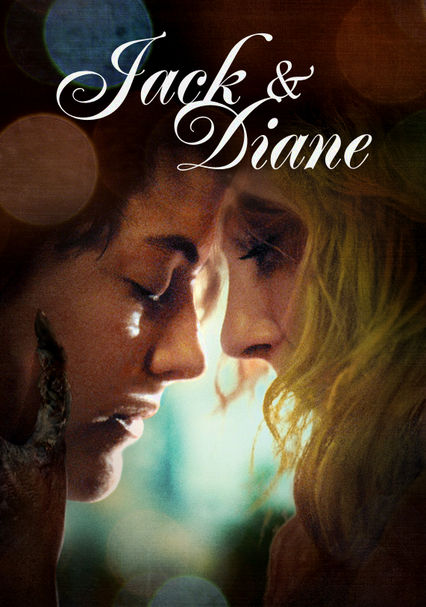 2012 R 1h 50m Blu-ray / DVD
When teenage girls Jack and Diane meet, they're swept up in a night of passion. But Jack's upset to learn that Diane is leaving the country in a week. Meanwhile, Diane's new sexual feelings lead to strange changes in her body and werewolf visions.

Parents need to know that Jack & Diane is a teen romantic drama with strange, gory horror overtones. For some reason, the female teen lovers turn into monsters during dream sequences. There's shocking violence, spurting blood, and eating of human organs, as well as some disturbing interludes involving what looks like growing/moving hair among human organs. In addition to scenes of the lovers kissing and fondling each other and more, there are also uncomfortable/upsetting sexual scenes involving teens on the Internet (a teen girl is drugged, and two boys masturbate on her unconscious body). Teens also drink regularly and occasionally smoke cigarettes. Language is likewise strong, with uses of "f--k," "s--t," and "p---y." Jack & Diane has been billed as a horror film, but teens who watch it with this in mind will surely be disappointed.

It's not entirely clear why, but occasionally the girls turn into monsters and eat each other, though this appears to happen only in dreams. There's a good deal of blood and sudden, shocking violence. One character is seen munching on what appears to be a human liver. There are strange interludes every so often that feature what looks like hair growing or moving in and around various bodily organs. One character gets into a car accident on her skateboard, and her face is scraped up for most of the movie. Both characters get bloody noses from time to time. One girl loses a tooth.

The love story here doesn't have much of an arc, and characters don't really learn to communicate, nor do they change or improve much. They do learn to trust one another, but it's not clear whether this leads to anything good.

In one scene, the girls have a contest to see who can keep "Atomic Fireball" candy in their mouth the longest.

Teens regularly drink beer at parties and clubs, though they never really appear drunk. One of the main characters smokes a cigarette in one scene.