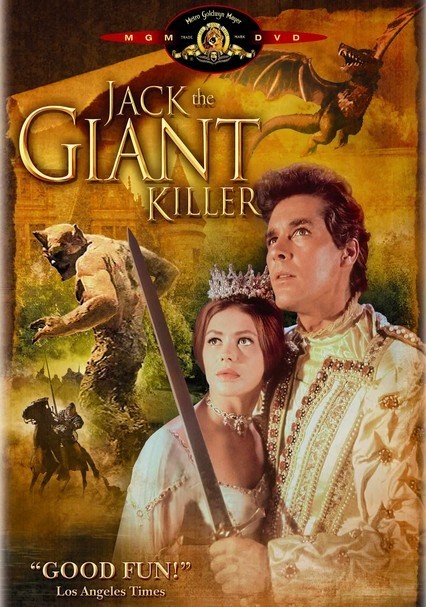 1962 G 1h 34m DVD
Kerwin Mathews stars as Jack, a courageous hero who rescues a princess (Judi Meredith) from the evil clutches of the wizard Pendragon (Torin Thatcher) in this Nathan Juran-directed film that melds live action with Fantascope special-effects photography. Pendragon wants to be king of Cornwall and decides the only way is to force the present ruler's daughter to marry him, but his plans are foiled when Jack slays Pendragon's henchman.