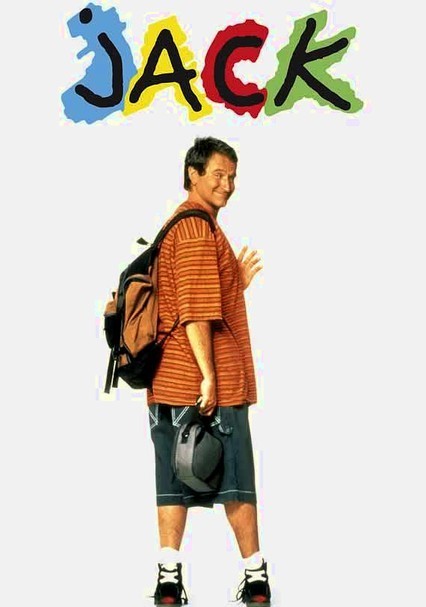 1996 PG-13 1h 53m DVD
A 10-year-old boy who looks like a 40-year-old man due to a medical condition convinces his overprotective parents to send him to public school. The children don't know what to make of him, but with the help of his teacher, he tries to win them over.

Parents need to know that this movie is appropriate for adolescents and would be suitable for younger children were it not for several scenes involving nudity and profanity. The movie opens with a costume party, with bizarrely outfitted characters, including a woman appearing to sport four breasts. While it may be natural for 10-year-old boys to be interested in nude women, the film makes light of Jack's purchasing Penthouse magazine for his friends. Both kids and adults use phrases such as "Your mouth smells exactly like your butt," and "Bet you could crack walnuts on her ass, too." One of the boys' mothers, played by Fran Drescher, also comes on to men inappropriately.

"A--hole," "son of a bitch" and other profanities.

Cruel children, violent man in bar, but ultimately a positive message about treating other people with respect and living for the present.