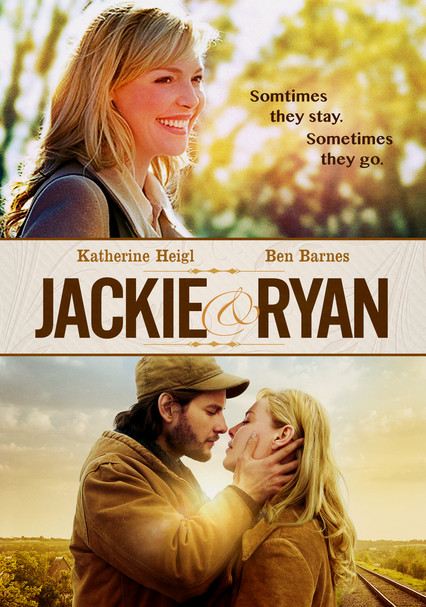 Parents need to know that Jackie & Ryan is an indie romantic drama about a former country singer (Katherine Heigl) who falls for wandering street musician (Ben Barnes). Although there's some kissing and a scene of a couple in bed together, the sex takes place off camera. There's occasional strong language ("s--t," "a--hole") and mature themes about divorce, custody issues, financial crises, and alternative lifestyles (Ryan is basically a modern-day train-hopper). But the movie does have thought-provoking messages about how some people can have a huge impact on your life, no matter how short a time you've had with them, and it's likely to appeal to teens who've enjoyed music-themed romances like Once and Begin Again.

A couple kisses, and then in the next scene, they're shown in bed together, obviously having just had sex. Additional kissing, but nothing graphic (sheets are pulled up so that a woman's naked shoulders and up are seen).

Jackie is hit by a car, which results in a mild injury.

Sometimes people passing through your life for a brief time can have a huge impact. Ryan believes in living simply, sharing music for free, and seeing the wonders of the world.

Adults drink at dinners and a restaurant/music venue.