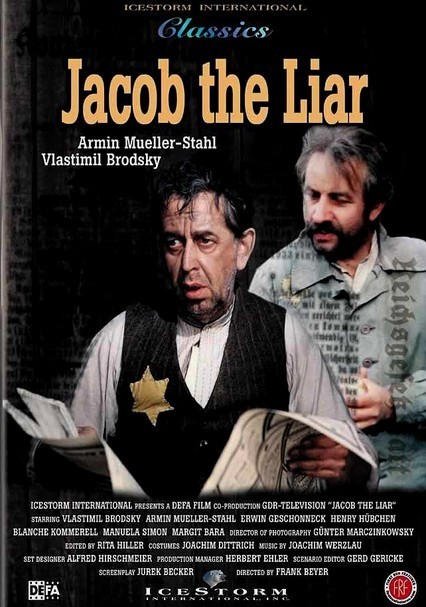 1975 NR 1h 36m DVD
Based on Holocaust survivor Jurek Becker's best-selling novel, this comedy-drama tells the story of Jacob (Vlastimil Brodský), who gives hope to fellow ghetto residents by telling them an elaborate lie. Jacob says that he's heard new reports on his hidden radio that the Russians will soon liberate Warsaw from the Germans. Jacob's radio doesn't really exist and his story is made up, but for a time, he lifts the spirits of fellow Jews.