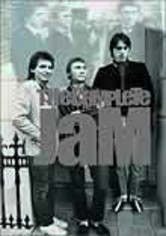 2003 NR 2 discs
Though not as commercially successful in crossing over to the United States as fellow British punk rock bands the Sex Pistols, the Buzzcocks or the Clash, the Jam was just as influential. The late 1970s insurgence of the genre catapulted the Jam to fame in its home country, and this release offers one of the most complete collections about the band. This two-disc collection includes 50 songs, video clips, interviews and live performances.