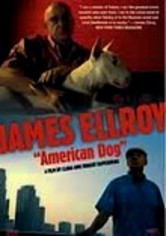 2006 NR 0h 52m DVD
Famed novelist James Ellroy, known as the "Demon Dog" of crime fiction, narrates this stylish documentary, which retraces his life from a tragedy-filled childhood, through a tumultuous adolescence and to eventual acclaim as a celebrated author. Haunted by the brutal murder of his mother when he was just 10 years old, Ellroy became fascinated with crime and the underbelly of society, exploring the darkest sides of humanity through his writing.