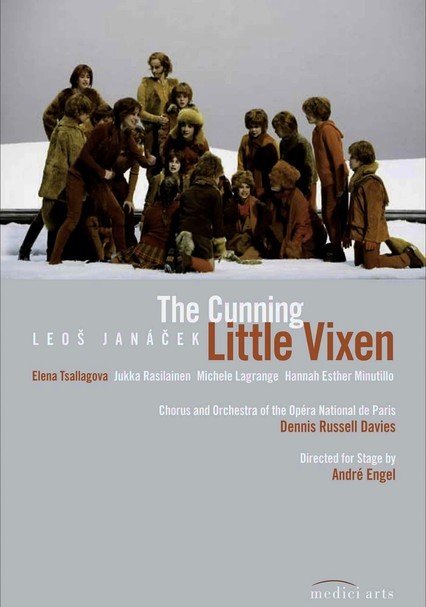 2008 NR 2h 1m DVD
Human as well as forest animal characters share the spotlight in Leos Janacek's comic opera, which focuses on a vixen (Elena Tsallagova) that escapes from captivity, meets and falls in love with a boy fox (Hannah Esther Minutillo), and eventually crosses paths with a poacher (Paul Gay). Performed at the Opera Bastille in Paris, this stage production also stars Jukka Rasilainen, Michele Lagrange and David Kuebler.