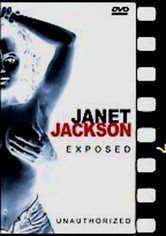 2006 NR 1h 0m DVD
Explore the life and music, along with the triumphs and trials, of Janet Jackson in this compelling documentary, which doesn't shy away from discussing her family problems or the Super Bowl halftime fiasco. The youngest girl of a famous musical family, Jackson struggled to make it on her own, beginning her singing career as a child. Eventually, she collaborated with numerous musical icons and gained fame as a pop and R&B star in her own right.