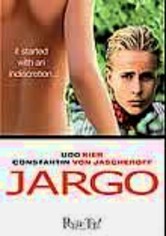 2004 NR 1h 30m DVD
After spending most of his life in Saudi Arabia, Jargo (Constantin von Jascheroff) moves to Berlin, where he's schooled in the ways of coolness by Kamil (Oktay Ozdemir), a Turkish petty thief. Their friendship falters, however, when the ghost of Jargo's father urges him to "become a man" before his 16th birthday and he subsequently begins to develop feelings for Kamil's girl (Nora von Waldstatten). Maria Solrun Sigurdardottir directs.