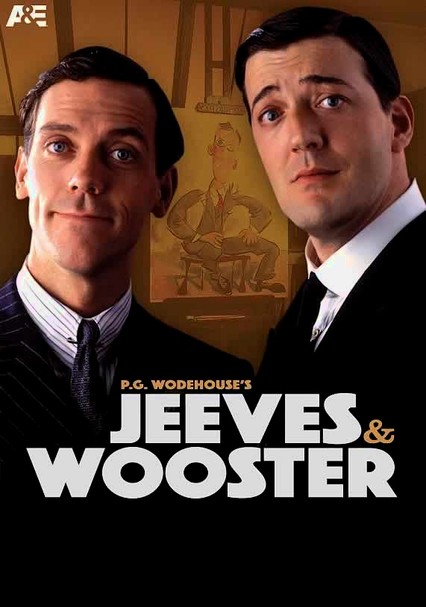 1990 NR 3 seasons
Based on P.G. Wodehouse's popular novels, this comedy series follows Jeeves, a laconic butler who must regularly (and often clandestinely) rescue his knuckleheaded aristocratic master, Bertie Wooster, from romantic and other entanglements.

Hugh Laurie (TV's "House") and Stephen Fry (V for Vendetta) return for another season of the beloved "Masterpiece Theatre" comedy series, as lovable dimwit Bertie Wooster and his trusty, ingenious butler Jeeves. Based on the writings of P.G. Wodehouse, the series follows the misadventures of the hapless Wooster, who manages time and again to put himself in socially precarious situations, only to be rescued by the unflappable Jeeves.

One of the most beloved comedic shows from "Masterpiece Theatre," this hilarious series based on the popular novels of P.G. Wodehouse centers on omniscient butler Reginald Jeeves (Stephen Fry), who manages the daily life of wealthy dimwit Bertie Wooster (Hugh Laurie). Set in the upscale world of 1920s and '30s London, this popular series features outstanding supporting performances from names such as Elizabeth Morton and Chloë Annett.

Based on the best-selling novels of P.G. Wodehouse, this uproarious series chronicles the amusing mishaps and misadventures of wealthy nitwit Bertie Wooster (Hugh Laurie) and his masterfully adroit butler, Reginald Jeeves (Stephen Fry). One of the most beloved comedy series from "Masterpiece Theatre," "Jeeves and Wooster" garnered a loyal fan base during its original run.