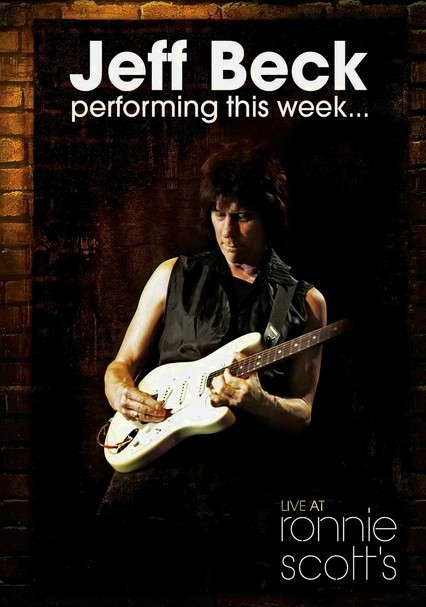 2007 NR 2h 35m Blu-ray / DVD
Rock guitar virtuoso Jeff Beck dazzles the crowd at celebrated London jazz club Ronnie Scott's with an extended set that includes hits such as "Beck's Bolero" and "'Cause We've Ended as Lovers." The former Yardbird proves he's still got the chops on other tunes including "Blast from the East," "Eternity's Breath," "People Get Ready" (with vocalist Joss Stone), "You Need Love" (with fellow Yardbird Eric Clapton) and more.