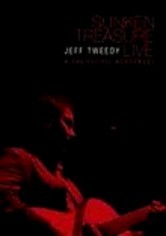 2006 NR 1h 30m DVD
This first solo video release from gifted songwriter and American poet Jeff Tweedy compiles five nights from his 2006 acoustic tour, in which he performs solo as well as with Wilco, Uncle Tupelo and Loose Fur. Tweedy has gathered a remarkable cult following with his lengthy and prolific career, as seen in these shows from Seattle, Portland and Eugene, Ore., Humboldt State University and the Fillmore in San Francisco.