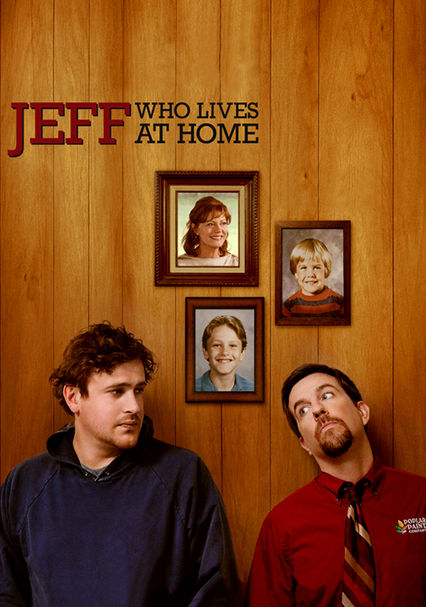 2011 R 1h 23m Blu-ray / DVD
Siblings Jay and Mark Duplass direct this comedy focusing on two brothers -- one a moderate success, the other still living with Mom. A trip to the store for glue, however, turns into an encounter with destiny for the stay-at-home slacker.

Parents need to know that Jeff, Who Lives at Home is a low-key dramedy with some vulgar content but also some worthwhile messages. The main character (played by The Muppets' Jason Segel) smokes pot, and his brother drinks beer and whisky. Characters shout at one another fairly often and use strong language, including "f--k" and "s--t." There's a fair bit of sex talk and sexual innuendo, and two women share a tender first kiss. On the messages front, the main character believes that everything is connected in some way, and the movie's plot revolves around this belief -- ultimately, all of the characters learn to be happier after embracing that viewpoint. Teens and up may find this movie rewarding as well as funny.

Characters shout at one another fairly frequently. Viewers see the results of a car accident on a bridge, and several characters nearly drown (though no one does).

The movie suggests that if you have an open mind, you can see connections between all things in the world, as well as "signs" that lead from one to the other. Of course, it's important to have responsibility as well, but without a connection to other people, life is empty. Also: "the greatest day in the history of the world is today."

One main character buys a Porsche and dines at a Hooters restaurant. Several brands/logos are visible in the corners of the frame, including Budweiser, Red Bull, and M&Ms. "Bud" and "Coke" are both mentioned by name once. The main character eats Pop Tarts twice, but they're out of the package.

The main character smokes pot twice. His brother drinks too many beers at a restaurant and then later drinks a "Jack and Coke."