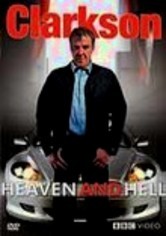 2006 NR 1h 12m DVD
Jeremy Clarkson, host of television's "Top Gear," referees this automotive judgment day that celebrates the seven best cars of 2005 and crucifies the seven worst cars released that same year. See how the best cars handle a challenging road test on the track. Then, watch as the worst cars are punished for their inadequacies, literally destroyed by hammering, sawing and a fascinating process called "car jousting."