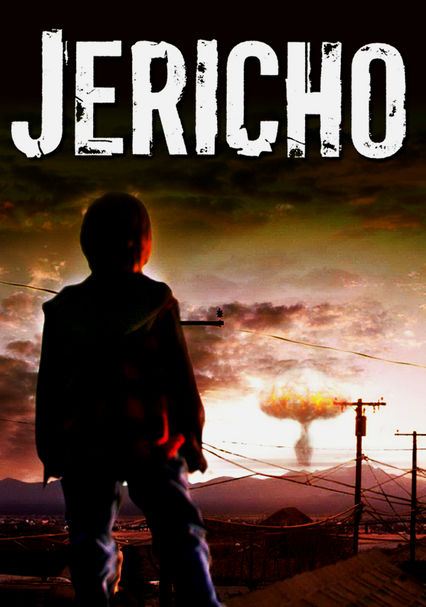 2006 TV-PG 1 season
The wayward son of the mayor of Jericho returns to the rural town to collect an inheritance, only to be stranded by a nuclear blast that cuts off communications to the outside world and makes him a reluctant leader amid chaos.

Back from cancellation as a result of viewer protests, the sci-fi series kicks off its sophomore year in the wake of the costly battle of New Bern, which left neighboring Jericho scrambling to rebuild -- and the two communities still at loggerheads.

Parents need to know that this potentially scary drama depicts a mushroom cloud erupting in the distance, with both adult and kid characters left crying and worried after seeing it. Parents and their children become separated at times, and one teenage boy hears his mother die on an answering machine. Aside from the issues raised by the show's underlying premise (nuclear disaster striking, and people left to fight for survival), violence is the biggest issue here: Several auto accidents leave adults dead, and viewers see some blood and brief glimpses of the dead bodies; a character uses a pocketknife to perform a successful emergency tracheotomy on a young girl; and a man is shot in the back.

References to past romantic relationships. Nothing sexual.

Police officers and some civilians carry guns. One man is shot in the back. Several car accidents leave people dead, and viewers see some blood. A girl's throat is pierced with a knife to save her life. Some men scuffle and argue.

The main characters are all good people with moral values. Some characters may have ulterior motives and unknown pasts. At least one escaped convict is on the loose. Men and women play traditional roles. The cast is all-white, except for one African-American man, who plays a significant role. One minor character is hearing-impaired.