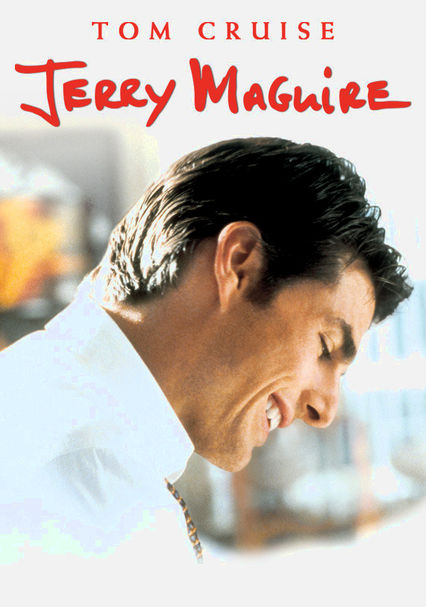 1996 R 2h 19m Blu-ray / DVD
After years of successfully navigating the shark-infested waters of sports management, Jerry Maguire experiences a crisis of conscience and leaves his high-powered job behind, with only one loyal football client and a starry-eyed co-worker in tow.

Parents need to know that this movie handles many grown-up themes, such as professional ethics, moral crises, romantic relationships, intimacy issues, and single motherhood. A raucous sex scene opens the movie, but is usually cut out when shown on TV. There's still plenty of locker-room nudity the audience almost sees, and more sex later in the movie. Some characters are superficial, shallow, and conniving, but they don't necessarily win in the end.

A man and woman are shown having loud, vigorous sex. Although the woman's bare back is to the camera, her breasts are briefly glimpsed. The couple is later shown sitting naked at a table, eating strawberries. A woman and man are shown passionately kissing and touching; they are later shown in bed together. An intoxicated man kisses a woman and fondles her breast. Locker-room scenes show male athletes in various stages of undress, including several shots of naked behinds.

A woman punches and kicks her fiancé after he breaks up with her. A football player gets injured during a game and is unconscious on the field for several tense moments. A woman slaps and kicks her brother-in-law.

Cursing throughout, such as "motherf--ker" and "bulls--t."

Sports agents are depicted as callous, ruthless, and backstabbing businesspeople who will do anything to sign players. One man, however, develops a conscience and tries to care more about the people in his professional and personal life. A single mother is obviously a good person who dotes on her son, but she struggles to make the right choices for the right reasons. Some professional athletes are shown as superficial, reckless, and spoiled, although a main character -- a football player -- demonstrates genuine love for his family and friends and rediscovers his passion for the sport.

Athletes are shown endorsing various products and companies; brands such as Chevrolet and Reebok are mentioned. A woman is shown drinking a Coke.

Characters drink alcohol and smoke cigarettes and cigars. A woman smokes what appears to be a joint. A main character is shown visibly drunk.