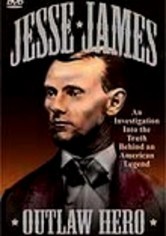 2006 NR 2h 0m DVD
As is the case with many historical figures, Jesse James, the man, is far more complicated than Jesse James, the legend. This documentary takes a look at some of those complexities. Brought up in a slave-owning family, James eventually became a Confederate sympathizer. This video examines how the Border Wars and then the Civil War shaped the man who rode with the James-Younger gang and became the prototypical American gangster.