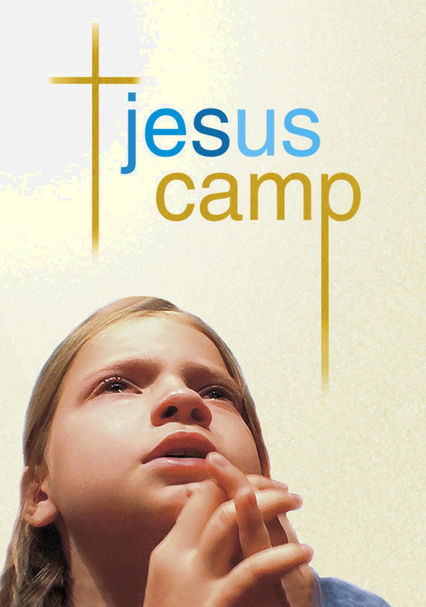 2006 PG-13 1h 24m DVD
Operated by pastor Becky Fisher, the Kids On Fire School of Ministry aims to indoctrinate children into a Christian movement that blends political activism with religion. This documentary follows three kids at the controversial summer camp.

Parents need to know that this documentary is an outsider's look at members of the Evangelical Christian church. While it shows a Christian radio deejay who opposes what the church stands for, it does it rather respectfully. Parents should be warned, however, that there are many scenes of kids caught up in religious fervor where they look very distressed and are crying, speaking in tongues, and professing to the group that they have sinned. There is also a scene where a right-to-life advocate hands out small infant figures to the kids, tapes their mouths shut, and encourages them to express their sadness and outrage. One child says that she thinks God only comes to a church like hers. One parent home-schools her child and explains why evolution is wrong. A family recites a revised version of the Pledge of Allegiance with many mentions of God, and at one church meeting a life-size cardboard cut-out of President Bush is brought to the stage and everyone is encouraged to pray over the president, and over more conservative Supreme Court nominees.

Kids get distressed and cry in religious fervor. In one scene their mouths are covered in tape as part of a protest. A right-to-life advocate talks about how many children abortions have killed since Roe v. Wade.

People speak in tongues in a few scenes. Lots of judgmental and militaristic statements on both sides of the issue.

The church members aren't all white, but they are openly exclusionary otherwise -- no alternative lifestyles allowed here, this religion is the "right" one, and evolution is wrong.