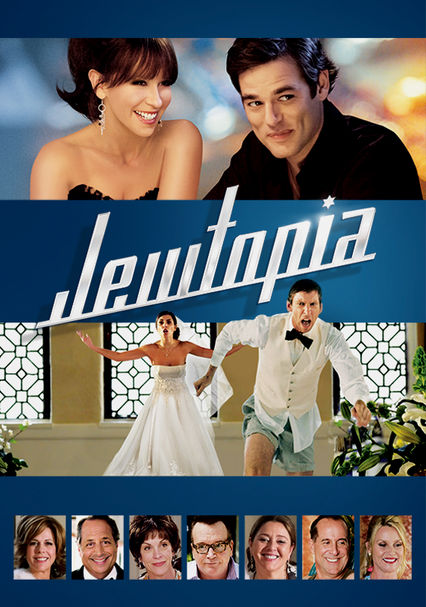 2012 NR 1h 29m DVD
Old friends Chris and Adam are facing opposite marriage issues: Chris is pursuing his Jewish dream girl, while Adam is having doubts about his own. When Chris asks Adam to help him pass as Jewish, comedic complications and consequences shortly ensue.

Parents need to know that Jewtopia presents cultural stereotypes as a given without real exploration or insight. Crass sexual humor and strong language (most frequently "f--k" and "s--t") make sure it has plenty of teen appeal, although even teens will quickly tire of the endless repetition. Main characters in their late 20s have frank discussions about sex, and both male and female genitalia are seen in illustration or animation. A few scenes take place in bars and adult characters occasionally drink beer.

Circumcision jokes include crotch grabbing and tapping; "smegma" is mentioned. An animated demonstration of circumcision shows full male genitalia in detail. Frank discussion among adults includes "going down on" a partner and the question, "Why aren't you hard yet?" A running gag involves a woman contemplating vaginoplasty, and many "after" examples are shown. A man imitates sex on an inflatable dolphin. A woman says she's not wearing anything under her graduation gown. A scene takes place in a strip club; pole dancing and lap dancing are shown without nudity. A man and woman have sex under a blanket. A few brief kisses. One make-out session shows the grabbing of a man's crotch outside clothing.

The animated title sequence shows an impaling, but there's no blood or gore.

Stereotypes abound and are presented as facts without real exploration. You'll never be happy if you make choices about your own life based on what others want.