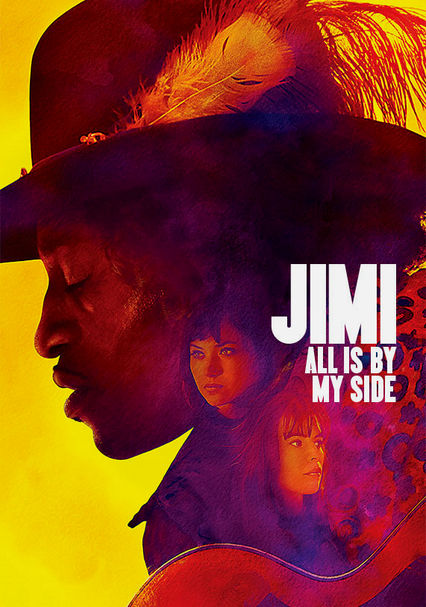 2014 R 1h 58m DVD
André Benjamin stars as Jimi Hendrix in this biopic that chronicles his rise to fame and the personal demons he battled along the way. Clips of the actual Hendrix punctuate the film as it explores little-known aspects of the troubled star's life.

Parents need to know that Jimi: All Is by My Side is a biographical drama about the pivotal year right after iconic musician Jimi Hendrix was discovered in a New York nightclub and then encouraged to move to London. Starring OutKast's Andre Benjamin as Hendrix, the narrowly focused biopic doesn't shy away from the legendary guitarist's substance (acid, weed, cigarettes, alcohol) and domestic abuse (which has been disputed by both Hendrix's heirs and the woman involved), as well as sex (he was a bit of a womanizer) and language ("s--t," "f--k," plus some British insults like "tosser" and "cow" and a couple of racist remarks made by white police officers). Fans of the musician should know that the movie doesn't include any of Hendrix's music, since the filmmakers weren't able to secure the rights to his songs.

Jimi has four different girlfriends throughout the film and has varying degrees of intimacy with each of them. He's shown passionately kissing three of them and making love to two of them (not graphic). Additional sexual references.

English cops harass Jimi and threaten to hurt him, and Jimi strikes his girlfriend repeatedly with a phone's handset, sending her to the hospital.

Underscores the idea that the audience for music shouldn't be divided by color or class and that behind every legendary musician is a group of little-known muses, managers, and intimates who support him or her.