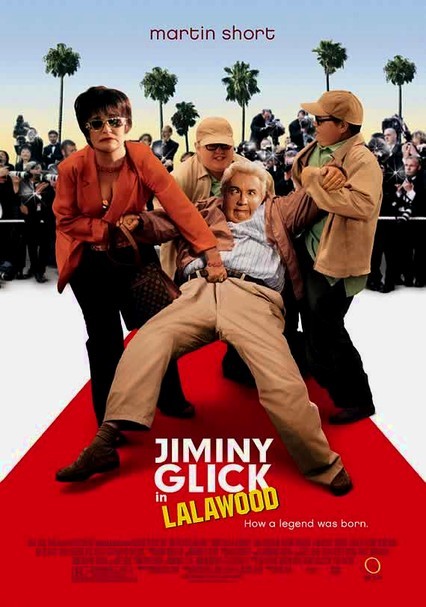 2004 R 1h 31m DVD
Martin Short reprises the role he made famous, that of showbiz maven and combustible talk-show host Jiminy Glick, in this offbeat comedy. Glick is soaking in the atmosphere at the Toronto Film Festival, where he's determined to make his mark. When he snags an interview with superstar Ben DiCarlo (Corey Pearson), Glick's profile receives a much-needed jolt, but matters turn seamy when an aging actress is found dead in his bed.