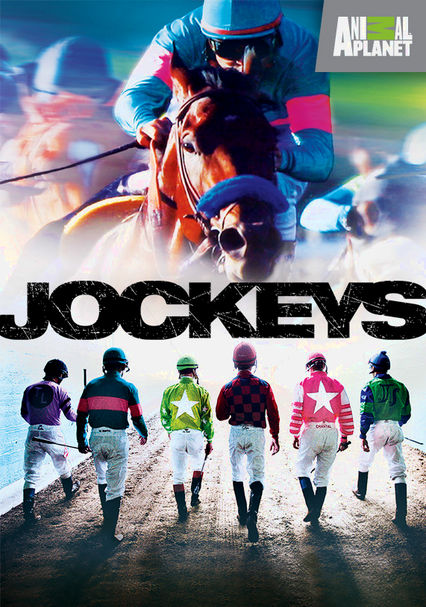 2009 TV-PG 1 season
Pressure-packed, dangerous and highly competitive, the challenge of riding top thoroughbred racehorses also offers outsize rewards to the jockeys who can ride their way to the top and display the dedication to stay there. This Animal Planet series profiles the struggles and triumphs of a group of jockeys riding for a living at Santa Anita Racetrack in Southern California. A few of them are destined for glory; all have compelling stories to tell.

Get a rare glimpse into the high-stakes world of thoroughbred racing with this Animal Planet reality series focusing on seven jockeys as they prepare for and participate in the 30-day Oak Tree Meet at California's Santa Anita Race Track. The group includes two females and five men -- each of whom risks life and limb in every race. Following the pint-sized athletes from track to home, the series reveals their personal and professional struggles.

Parents need to know that this docu-soap accentuates the drama in its subjects' personal and professional lives, so viewers can expect some shows of temper (yelling, knocking stuff down, etc.) and plenty of tears. Jockeys often discuss the danger inherent in horse racing, and some scenes show accidents that send both horse and rider skidding across the ground. In heated moments, language is a concern (though words like "f--k" are bleeped). On the positive side, the series includes two women -- who are in the minority in this typically male-dominated profession -- among its seven-jockey cast.

The series follows the jockeys' personal lives as well as their professional ones, so some scenes show couples kissing. Two jockeys are dating and live together.

The show plays up the dangers of jockeys' work, and some scenes show racing accidents that send horses and their riders tumbling to the ground.

Sporadic use of (bleeped) expletives like "ass" and "f--k."