Jodeci: Back to the Future: The Videos 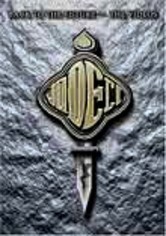 Jodeci: Back to the Future: The Videos

2005 NR 1h 0m DVD
Formed in 1990, Jodeci soon had a string of hit singles and gold albums on their hands, along with a reputation as the "bad boys of R&B." The musical repertoire of the quartet (composed of brothers Donald and Dalvin DeGrate plus siblings Cedric and Joel Hailey) also extends to soul and new jack swing. Among the tracks included are "Gotta Love," "Come and Talk to Me," "I'm Still Waiting" and "Forever My Lady."