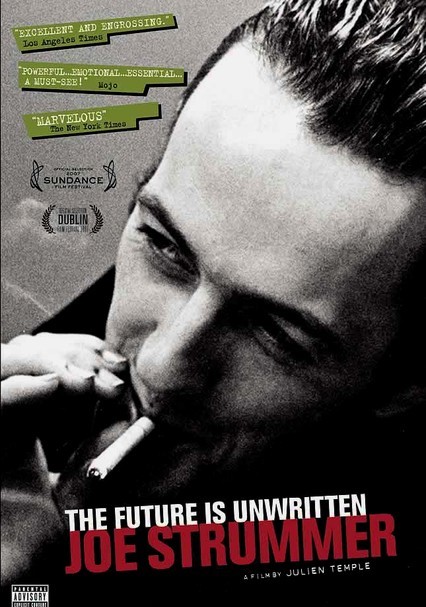 2006 NR 2h 4m DVD
Joe Strummer, the late lead singer of the legendary punk-rock band the Clash, narrates this music-lover's documentary of his own life courtesy of collected interviews and tapes from his BBC radio show. The film features rare footage of the rock hero, from his childhood to his later days playing with the Mescaleros, and includes interviews with Strummer fans such as Bono, Johnny Depp, John Cusack and members of the Red Hot Chili Peppers.