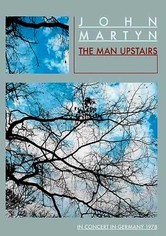 2007 NR 1h 10m DVD
British singer-songwriter John Martyn plays through a set list of tunes featuring tracks off his "One World" album in this live concert that was originally filmed for German television in 1978. Selections include "Solid Air," "May You Never," "One Day Without You," "Bless the Weather," "I'd Rather Be the Devil," "Couldn't Love You More," "Certain Surprise," "Seven Black Roses" and "Singin' in the Rain."