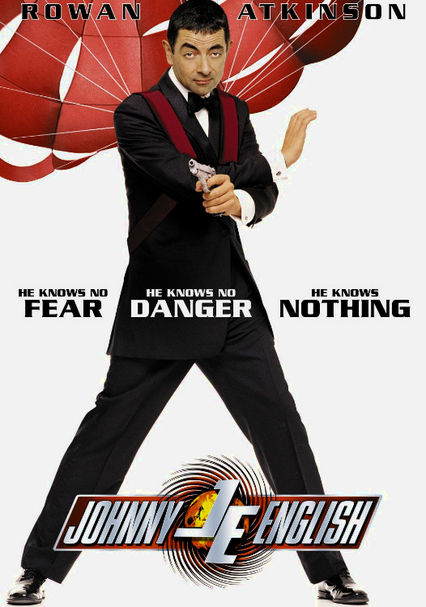 2003 PG 1h 28m DVD
There's a Frenchman after the crown jewels and the throne itself -- but not to worry, Johnny English (Rowan Atkinson) is on the case. Well, actually ... maybe a little worrying isn't out of order, considering how clumsy Johnny can be! Luckily, his zeal more than makes up for his bumbling manner. Let's hope that can help solve the crime of the century; if not, love in the form of double agent Lorna Campbell (Natalie Imbruglia) might.

Parents need to know that there are a few strong words ("ass") and some bathroom jokes in this slapstick comedy. Some spy adventure peril including guns, but no blood or intense violence. Kids not familiar with the long-term French-English political and cultural clashes may be confused by the animosity between the French and English characters.

Comic peril including shooting and fighting, no one hurt.

Some potty talk and a few instances of "ass."

Vague messages about good vs. evil, but all played for laughs. Some potty humor.