Johnny Legend's Deadly Doubles 2: Murder in the Red Barn / The Face at the Window 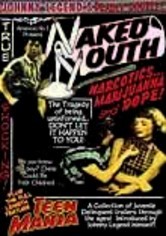 Johnny Legend's Deadly Doubles 2: Murder in the Red Barn / The Face at the Window

1936 NR 2h 0m DVD
Johnny Legend hosts this double feature starring English horror actor Tod Slaughter. In the melodramatic Murder in the Red Barn, Squire Corder (Slaughter) murders chaste Maria (Sophia Stewart) when she refuses his advances. Corder hides her body in a barn, but the girl's boyfriend uncovers the crime. In The Face at the Window, aristocrat Del Gardo (Slaughter) is a notorious killer known only as "The Wolf" who teams with his brother to rob banks.