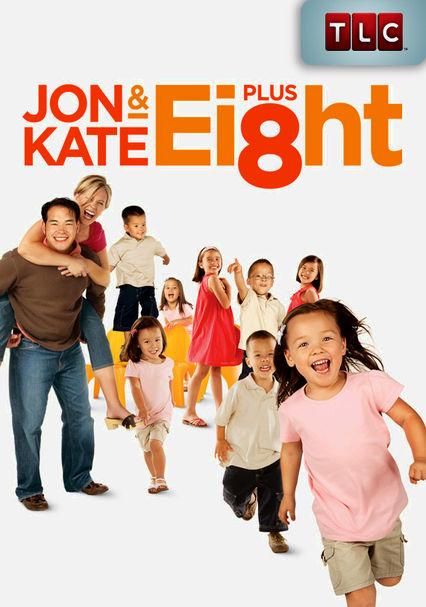 2007 TV-PG 5 seasons
Both wildly popular and widely debated, this benchmark reality show offered viewers a front-row view into the lives of Jon and Kate Gosselin and their eight offspring: a pair of twins and a set of sextuplets. The program vividly documented the many joys and challenges experienced by the family, including vacations, field trips and an appearance on "Oprah," before the family dynamics shifted with Jon and Kate's divorce.

In this TLC reality series, life is anything but boring for Jon and Kate Gosselin: Six-year-old twins and 2-year-old sextuplets make each day an extraordinary adventure filled with all the love -- and chaos -- that eight young children bring. Witness their joys and challenges as the Gosselins celebrate Jon's 30th birthday, venture on a family trip to Chocolate World, celebrate Independence Day and more in this Season 1 and 2 series collection.

In the hit reality show's third season, Jon, Kate and their eight children take two special trips: The whole Gosselin brood heads to Utah for a winter vacation (of sorts), and Kate's dream comes true when they all go to Chicago to meet Oprah Winfrey. Other big events and momentous experiences include the twins (who narrate one episode) starting first grade, the sextuplets turning 4 and the kids meeting ticklish Muppet Elmo.

Harried married couple Jon and Kate Gosselin take the kids and head to Hawaii to renew their wedding vows in the fourth season of this hit TLC reality series about the challenges of parenting two sets of multiples.

Pennsylvania parents Jon and Kate Gosselin move their brood into a bigger house in the fourth season of this hit TLC reality series about the harried pair's day-to-day struggles raising twins and sextuplets. Big sisters Mady and Cara find out what it's like to be moms for a day, while Kate oversees some earth-friendly renovations. The family also welcomes two more bodies to into their clan -- German shepherd pups Nahla and Shoka.

Jon and Kate Gosselin and their eight adorable youngsters return for another season of mayhem as cameras follow the ups and downs of their everyday lives, including birthday parties, training the new puppies and more. This year, Jon and Kate face their greatest challenge yet as they work through the damaging fallout from highly publicized allegations of drunken off-camera partying, extramarital affairs and more.