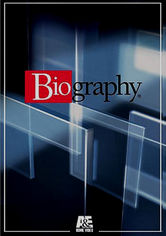 2004 NR 0h 50m DVD
Joseph Stalin ranks as one of the greatest tyrants of all time, responsible for the deaths of 20 million of his own countrymen. This portrait revisits the life of "Uncle Joe" via Soviet archival film and an astonishing collection of interviews. Since the collapse of the Soviet Union, the extent of Stalin's atrocities has been revealed, and he has taken his place alongside Hitler as one of the most reviled leaders of the 20th century.