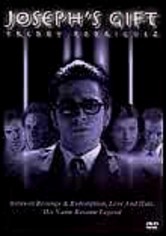 1998 NR 1h 39m DVD
Joseph Keller (Freddy Rodríguez) has nothing but respect for his father, Jacob (John Saxon), who built their family's garment business based in Los Angeles from scratch. No wonder he's Jacob's favorite, a fact that irks his brothers to no end. Their jealousy leads them to hatch a plan that will take Joseph away from his father for good, locked up in a sweatshop in the middle of New York City, thousands of miles away.