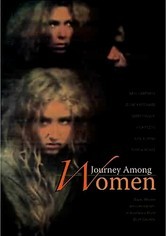 1977 NR 1h 33m DVD
Tom Cowan's controversial experimental film set in 18th-century Australia follows a pack of female fugitives who are led to freedom by a well-to-do young woman. Elizabeth Harrington (June Pritchard) is a judge advocate's daughter who helps the badly abused women escape. Hiding in the unforgiving outback, the women learn to survive and defend themselves while a posse of sadistic soldiers -- led by Elizabeth's fiancé -- track them down.