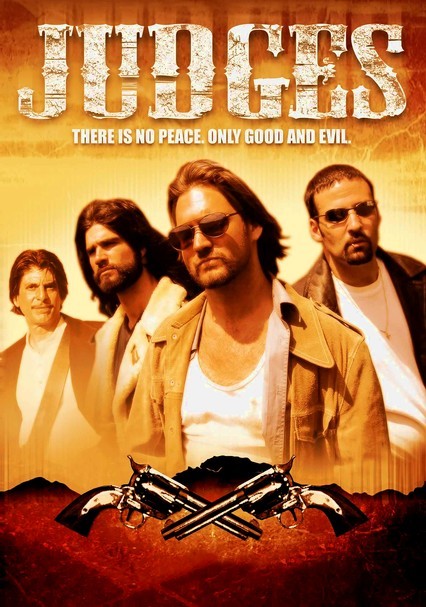 2005 NR 1h 30m DVD
After watching his brother -- the revered leader of a group of vigilante protectors known as the Judges -- die at the hands of corrupt businessman Sonny King (Paul Ricioppo), Jack Creed (DJ Perry) goes into hiding, leaving the town of Learsi behind. Years later, he returns with a plan to set his revenge in motion, resurrecting his brother's legacy, adopting the pseudonym Buddy Colt and stopping at nothing to bring Sonny to justice.