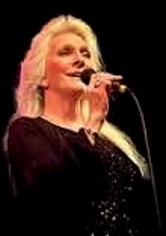 2005 NR 1h 0m DVD
Regarded as one of the most influential interpretive folksingers of her time, songbird Judy Collins has enjoyed a successful musical career spanning more than four decades. Judy's trademark soprano voice, accompanied by her fretwork on an acoustic guitar, led to six gold albums and a 1975 Grammy for "Send in the Clowns" -- which is included on this concert disc, along with "Both Sides Now" and many other tunes.