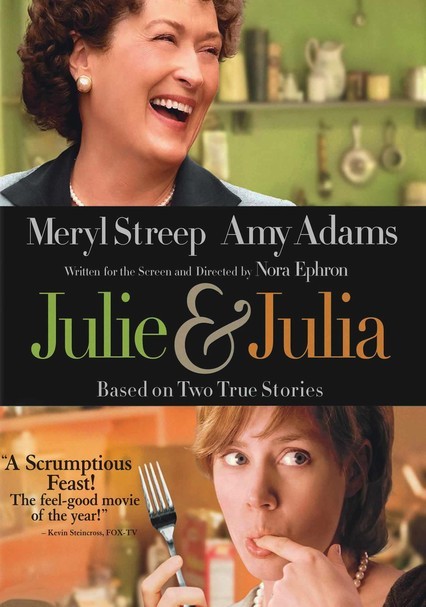 Parents need to know that although this dramedy is ultimately upbeat, it isn't all sugary sweet. The protagonists -- strong female characters played by Amy Adams and Meryl Streep -- both undergo identity crises of sorts and must grapple with all that entails, a theme that may not appeal to tweens and under (though the soul-searching's not too deep).There's some swearing (including one use of "f--k"), and the movie's two married couples are comfortable displaying their physical affections, though there's no nudity or graphic love scenes.

Married couples fall into bed, but there's no nudity except for the occasional bare shoulder. In a description for a food item, male genitalia is mentioned.

McCarthyism's insidious reach is a subtext of the film.

Risk and bravery are rewarded, especially when they're accompanied by persistence and hard work. Both female protagonists have to pay their dues before they achieve success, especially Julia.

PayPal is mentioned; logos for Salon.com and James Farm butter are visible, as are specific cookbooks.

Social drinking and smoking (the latter occurring during mostly during the Julia Child segments, when it was more era-accurate).