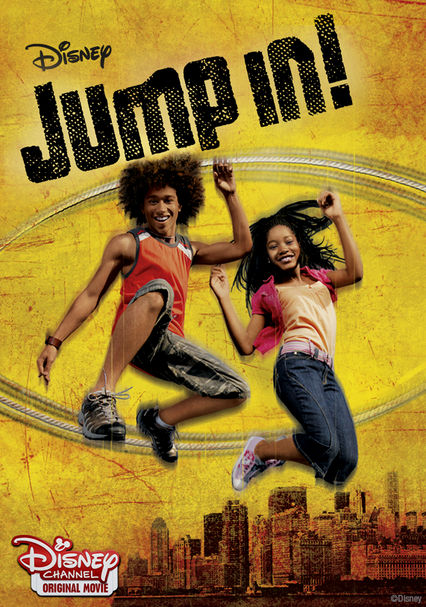 2007 TV-G 1h 25m DVD
A third-generation boxer, teen Izzy (Corbin Bleu of High School Musical) has his sights set on winning the Golden Glove. His training is going well, that is, until Mary (Keke Palmer of Akeelah and the Bee), a competitive double dutcher (and Izzy's crush), enters the picture. When Izzy subs in for a jumper who ditches her team, he must learn the ropes (and the art) of double dutch. But will it interfere with his boxing dreams?

Parents need to know that they may enjoy this fun made-for-TV Disney movie as much as their kids, tweens -- and yes, even teens -- will. It's got drama, emotional turmoil, moments of triumph, and touches of sweet romance (just one kiss), plus some impressive Double Dutch jump rope work and a catchy soundtrack. If all that wasn't enough, the real-life father-and-son acting team delivers heartfelt performances about the struggles of being different from your peers, following your passion in life, and standing up for what you believe in. The storyline sometimes alludes to serious issues like family financial troubles or the recent death of a parent, but the mild references aren't upsetting and make the characters seem even more believable.

Boxing scenes obviously include lots of punching, but blood is never drawn, and there aren't any lasting injuries.

Characters talk some trash over boxing and Double Dutch competitions, but there's no cursing.

The multicultural cast includes an African-American widower dad who's devoted to his kids and engages in honest discussions with his teenage son about feelings. The movie addresses typical adolescent fears about being perceived as different, balancing personal goals with parental influence, and finding a passion in life. Lessons about the depth of family ties, self-respect, and the courage to go against the grain send positive messages to viewers of all ages.

The movie gives plenty of air time to its catchy soundtrack. And it's Disney, so expect lots of other tie-ins, too.