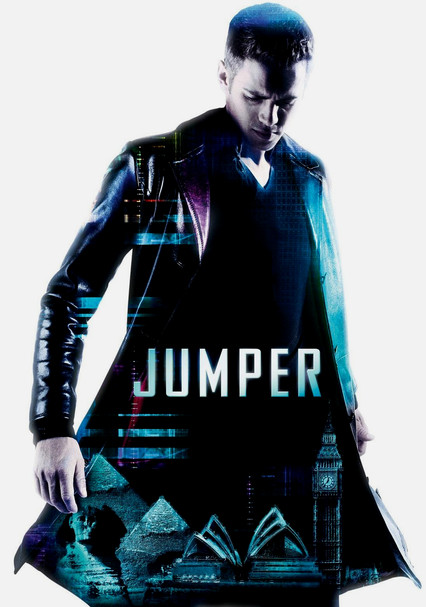 2008 PG-13 1h 28m Blu-ray / DVD
The product of a broken home, Davey Rice (Hayden Christensen) is looking for a way to escape his abusive father -- and finds it when he discovers he can teleport himself at will -- in this sci-fi thriller from director Doug Liman. But Davey's newfound powers soon become a double-edged sword that exacts a terrible price and attracts unwanted attention from the National Security Agency. Samuel L. Jackson, Diane Lane and Tom Hulce co-star.

Parents need to know that this sci-fi action adventure with Star Wars' Hayden Christensen features lots of violence that appears to have little effect on victims. The teleportation process causes abrupt ruptures in space and time and sometimes rams jumpers into walls or the ground. Fights show bodies slamming, falling, and crashing through walls, as well as gunfire and electric zapping. There are also explosions, a car chase, and a combat zone in the background. One scene suggests that sex has taken place (a woman's naked back is visible in bed); another shows a couple taking off their shirts (her bra stays on) and kissing. Language includes "f--k," "s--t," and "hell."

Post-sex shot shows a woman in bed, her bottom covered but her back naked. A couple kisses passionately and pulls off their tops (her bra remains on), as they fall from bed to floor laughing.

Lots of cartoonish violence that leaves characters with bloody lips or bedraggled hairstyles. The jumpers' teleporting typically involves whooshing wind, slamming into floors, and sometimes thunder and dark clouds. Fights feature slamming bodies against and through walls, punching, leaping, and falling. Some shooting and exploding (in one instance a building is ripped apart). An early scene shows a boy nearly drowning (spooky underwater shots) and then, at home, fearing his angry father. Electric voltage is used against jumpers, leaving them looking stressed and pained. Jumper-car chase shows car slamming into then driving through traffic. A jump into a war zone shows soldiers shooting, fires, and explosions.

Language includes "s--t" (one with "bull") and "f--k" (infrequent), several uses of "hell," and one character repeatedly says "holy crap."

Hero with "jumper" superpowers uses them to steal money from banks (leaving IOUs), as well as travel the globe. Villains are determined to kill all jumpers. Girl needs saving.