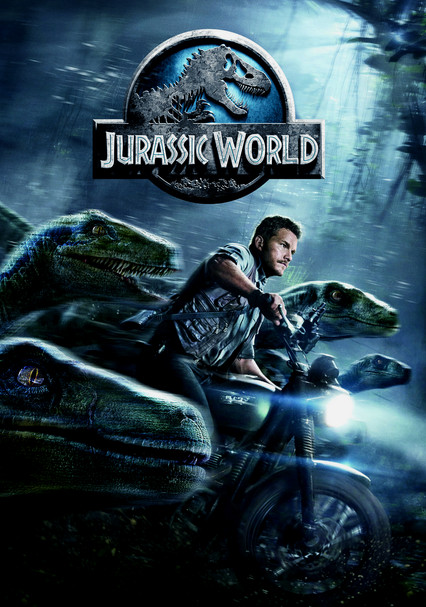 2015 PG-13 2h 4m Blu-ray / DVD
Once a popular, state-of-the-art dinosaur-themed attraction, Jurassic Park has fallen behind the times. In response, the owners decide to design a bold new exhibit, but the terror it inspires becomes all too real after the technology malfunctions.

Parents need to know that Jurassic World is more violent and terrifying than the original Jurassic Park. Since the titular theme park is actually open and filled with visitors, the ensuing body count when the dinos run amok is much higher than in the previous films (including some major supporting characters), and there are many intense scenes of sustained terror, suspense, and peril (including kids in danger). People are eaten, torn to shreds, trampled, and severely injured. Language is infrequent (occasional use of "s--t" and "damn"), and there are a couple of kisses and suggestive remarks. And you can expect a lot of overt product placement -- from Coca-Cola, Apple, and Mercedes to Jeep, Beats, Verizon, and more. Mature tweens and teens who are fans of suspense/action (and still fond of dinosaurs) will be thrilled -- just make sure they can handle the truly jump-worthy scares.

A couple of kisses and references to mating, as well as innuendos related to what Owen and Claire could do alone together. Zach stares at and flirts with various teen girls.

Several scenes of sustained tension, peril, terror, and jump-worthy action when it seems like even kids will be killed. Dozens of people die (including major supporting characters); they're eaten or ripped to shreds (sometimes in graphic ways), trampled, or burned in explosions. Everyone is injured, some severely and others in minor ways. Bloody fights between the dinosaurs, who slash, hunt, and eat one another.

Science and nature can't be controlled, and animals shouldn't be treated as predictable, passive attractions. Teamwork, bravery, determination, and smarts are valued.

Cameo of Jimmy Buffett fleeing with a margarita in each hand. An employee makes a joke about a dinosaur that's been sedated being "stoned."