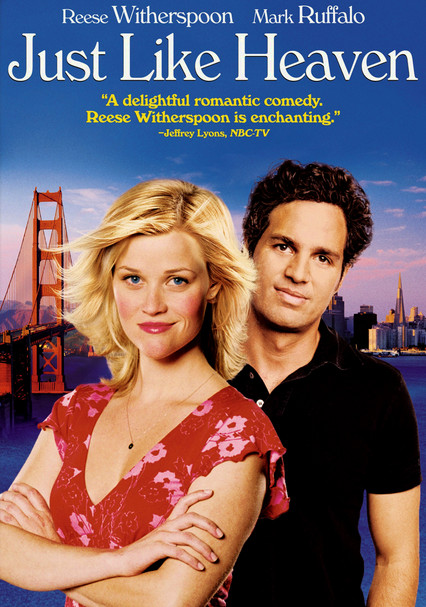 2005 PG-13 1h 35m DVD
Shortly after David moves into a new place, winsome Elizabeth shows up to assert that the apartment is hers, then vanishes. When she starts appearing and disappearing at will, David thinks she's a ghost, while Elizabeth is convinced she's alive.

Parents need to know that this romantic comedy begins with a harrowing (though briefly shown) car accident, leaving a young woman apparently dead. She reappears as a neat-freak ghost in her old apartment, harassing the lonely garden designer who's moved in. Characters drink (at home, in a bar). A woman neighbor tries to seduce David by undressing in his apartment. The film also includes images of ghosts and spells in an "occult" book. Doctors and family discuss whether to continue life support for a woman in a coma. While most of the movie is light-hearted, it raises a serious question: how do you decide when to turn off life support for a loved one?

Some conversation about sex; woman appears in revealing "exercise" outfit; woman in a towel drops it (view from her back); joke about "lubricant."

Car crash at start is abrupt, but not explicitly shown.

Characters drink (beer in front of tv; one scene in a bar).