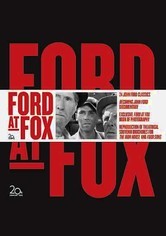 1920 NR 0h 50m DVD
Irresponsible tramp Bim (Buck Jones) takes young runaway Bill (George Stone) under his wing in this early silent film from John Ford. As their unlikely friendship blooms, the duo thwarts a robbery and clears the name of the local schoolteacher, who is suspected of embezzling. Bim eventually helps reunite Bill with his family, and his noble actions earn him the respect of the townspeople who had once considered him just a shiftless bum.